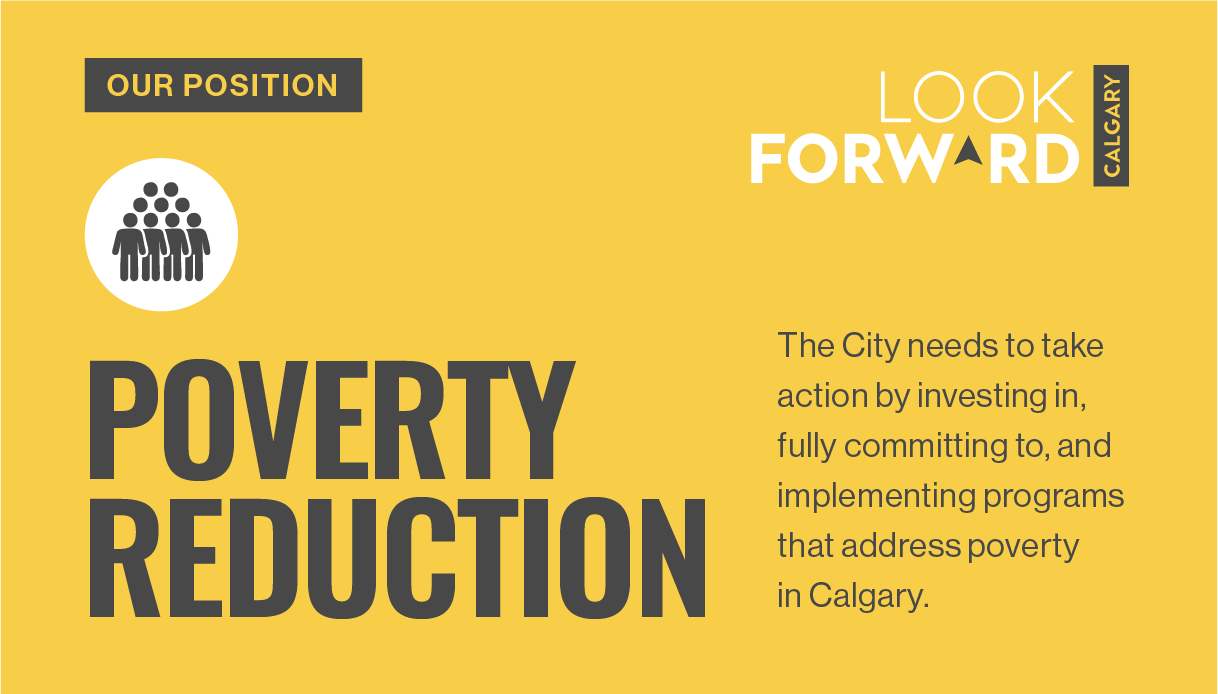 In a city that prides itself on prosperity and opportunity, too many Calgarians still live in poverty. For Calgarians experiencing poverty, finding and navigating a pathway to financial stability can be complex and confusing. This is compounded by social and systemic barriers, such as systemic racism, ableism, and ageism, along with a lack of access to early childhood education, affordable childcare, family supports, adult literacy and job training.

Right now, the City is dependent on chronically underfunded and under-resourced not-for-profit organizations to provide the anti-poverty services and supports that the City itself has committed to. The economic and social impact of poverty on our communities, our healthcare, and emergency services vastly outweighs the cost of investing in poverty prevention and reduction. The City needs to take action to reduce poverty by investing in, fully committing to and implementing programs that address this issue.

77,000 more Calgarians fell into poverty during the pandemic.

Do You Agree?
Join us and help build the bright future
we all know is possible for Calgary.