Join us for a 45 minute lunchtime conversation and meet one of our Board of Governors. 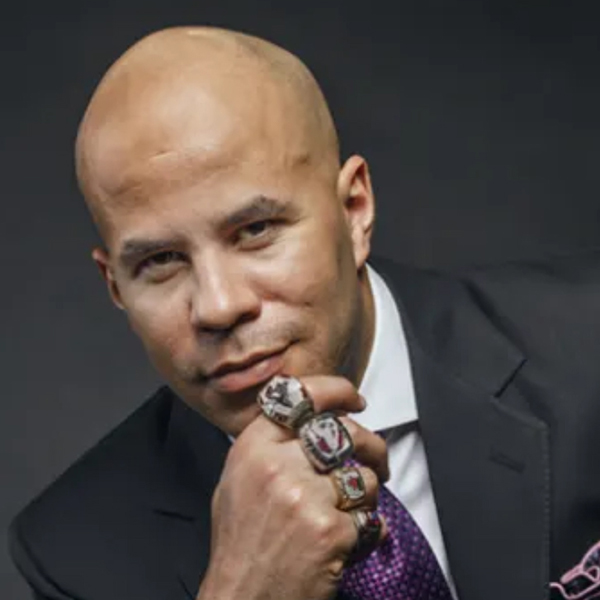 Jon Cornish is a Canadian Football Hall of Famer who spent a legendary 9 years playing for the Calgary Stampeders. Drafted by Calgary in 2006, he proceeded to break the record for rushing in a season by a Canadian in 2012, held by the honorable Normie Kwong for 56 years. The following year in 2013, Jon broke his own record finishing with 1813 yards. For that performance, Jon was awarded the CFL Most Outstanding Player and received the Lou Marsh Trophy as Canada's top athlete. Jon won the CFL Most Outstanding Canadian 3 consecutive times and is a 2 time Grey Cup Champion.

Jon has always maintained a strong presence in the community, volunteering over 400 hours for the Alberta Children’s Hospital and the Calgary Foundation. Jon dedicated time to support the arts for the Alberta Ballet’s 50th season and he's performed at the Jubilee in both the Calgary Opera and the Ballet. Based on his volunteer experience, Jon instigated the formation of the Calgary Black Chambers which provides the next generation a leg up.

While playing, Jon started working at a major financial institution in 2012. After 8 years in wealth management, he holds a Chartered Financial Analyst accreditation and runs an investment advisory practice with his wife Kiran.

Note that these sessions are being recorded, and past discussions will be made available on our members page.